Now is it 18 days before I begin my next odyssey to England, France, Poland and Wales.   I still feel the vast expanse of Argentina in my heart, the dear friends of the Quest in Santa Fe whispering in my ear, and the profound experience of playing Mother Mary in my friend Kayleen Asbo’s  Passion Play, The Passion of Mary Magdalene.  For me, Mary is the embodiment of mercy, grace and love.  For years I have prayed to her, visited her in her many manifestations, particularly at Chartres, sung her praises.  To don a blue veil woven of silk, cotton and linen created by my great friend Kay,  and to be her, was to enter into a communion and a responsibility.  I know that it is she who will accompany me on this next part of my journey….  she always has.

I look forward to Avalon and to being in the Chalice Well Garden Retreat House.  The group of women coming are lovely and seeking.  I will feel the familiar homecoming and delight in the high vibration of green and beautiful Glastonbury.  I look forward to being in Chartres as well ,first teaching a daylong class on Mary and then being on staff for a week with John Phillip Newell.  We will walk the candlelit labyrinth in familiar wonder.

It is the next part of the journey that makes me feel like a pilgrim.  I will go to Warsaw and present the Women’s Dream Quest–WIELKIE ŚNIENIE KOBIET– in Polish– or literally, the Big Dreaming of Women.  Many women have signed up and my host has done an amazing job of calling the circle.  I am so moved that my work will be translated and that women the world over  are called to the Heroine’s Journey.

After the Quest, my hosts will accompany me to Krakow and to  Czestochowa to see the Black Madonna.  I will also visit Auschwitz.  I will go to bear witness, to stand in the place that has come to symbolize evil, to experience what is there for me to experience.  I have read a lot about Poland’s  history in the last while – the ravages of empires, the senseless slaughter of unthinkable numbers of human beings.  I can only imagine what it will feel like.  It is then that I will call on the vast expanse of Argentina- where ironically so many fled.  I will call on the love of circles upon circles that I belong to.  I will call on Mary, simple, kind and brave.

Out beyond ideas
of wrong-doing
and right-doing,
there is a field.
I’ll meet you there.
When the soul lies down in that grass,
the world is too full to talk about
Ideas, language,
even the phrase
each other
doesn’t make any sense.
– Rumi  (Sufi Mystic 1207-1273 A.D.)
translation by Coleman Barks 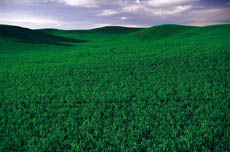 I have been reflecting on an experience that I had at the Charlottesville Quest and what it means in the unfolding of this work. How many women can this work touch? Can we really meet, as Rumi says in that field beyond ideology?

Usually the women who find themselves at a Quest share a certain set of values- more blue than red, They are usually adventurous and unconventional in their spirituality. I notice a common smile at the end of every Quest from women in San Francisco , Memphis, Spokane.

In Charlottesville, a woman came to the Quest with a very different set of values. She was high school friends with one of the women in the planning circle and decided to brave something outside her normal routine. She was carrying a lot of suffering from her marriage and life circumstances and burst into tears when we introduced ourselves via our maternal lineage ( I am Judith, daughter of Miriam, daughter of Rose, daughter of Catherine). Women on either side of her reached out to hold her hands and then embraced her. She calmed down and had a couple of conversations with me as the evening progressed. The mother lineage had hit a nerve of suffering in her impossible relationship with her mother.

As it turned out this woman was a committed evangelical. She tenderly told me about the moment that she was saved and the 40 days of bliss that followed. She attended church, listened intently to Fox News and espoused political opinions that I have never heard here in the bubble of Northern California. I listened, I quieted the internal judge that rose up in me and marveled that I was sitting in front of a woman who was as “other” than me as I could imagine. And yet, here we were, huddled on the altar steps in an event called Dreaming Transformation. She was open in recounting her suffering and equally open about her fear about being among “sorceresses” Still she stayed, participated eagerly in the alligator group, made art and partook of the energy that the circle created.

As she was leaving the next morning, I was sitting with a woman who attended the Charlottesville Unitarian Church. She had a wallet with a giant rhinestone cross, given to her by her evangelical daughter. She laughed and said that her daughter was praying for her salvation but always liked the feeling of love she experienced when she came to this church. “Yes” said the evangelical woman, “there is far more love here than in my church.” “Go gently,” I said to her,  “And thank you so much for being with us. Thank you for your courage”.

Charlottesville in winter is spare and bleached. On the day of the Quest we even had a bit of snow. The full moon last night rose coral in the sky.

Continuing the theme of Dreaming Transformation that we experienced in San Francisco and Chicago in November, the Charlottesville Dream Quest Planning Circle created a beautiful and meditative environment for our Quest. Leia and Patti have been working with me for four years, each year drawing their community at the Thomas Jefferson Unitarian-Universalist Church deeper into the process. This year Patti created a tree of chrysalises for the altar in the sanctuary representing the part of a transformation process that requires rest and patience. What a perfect touch stone in this winter landscape just before Imbolc when we first perceive the returning light! Roz and Marisa made “cosmic cocoons” in the corners of the hall where the canvas labyrinth was laid out for women to sit in and make art. Their altar honoring the gifts of all the animals that focalized the small groups set the room in perfect beauty. Anita created womb-like spaces for meditation in the basement rooms, covering freestanding tents with saris and beautiful cloths. These dear women spent hours in preparation to ready the temple.

Now in January, after the buzz of the election and the changes of light that came at Winter Solstice, I felt the energy of this Quest quite differently. While we emphasized the need for release, the gifts of attuning to the ancestors and the efficacy of prayer, we also concentrated on the winter themes of honoring the dark, mysterious process of waiting and gestating. Tuning into the metaphor of the butterfly, I asked the women to honor the moment they experienced. Perhaps they longed for a transformation in their lives that was at the egg stage in the cycle. Or pehaps their dream had hatched and the task was to nourish their vision or beginning the cocooning that secures the transformation. Perhaps they were at that moment in transformation when it seems like there is a vast nothingness. Maybe they notice a stirring, a breaking through, an experience of wings unfolding. Maybe their dream was taking flight.

Where are you now in your journey of transformation?